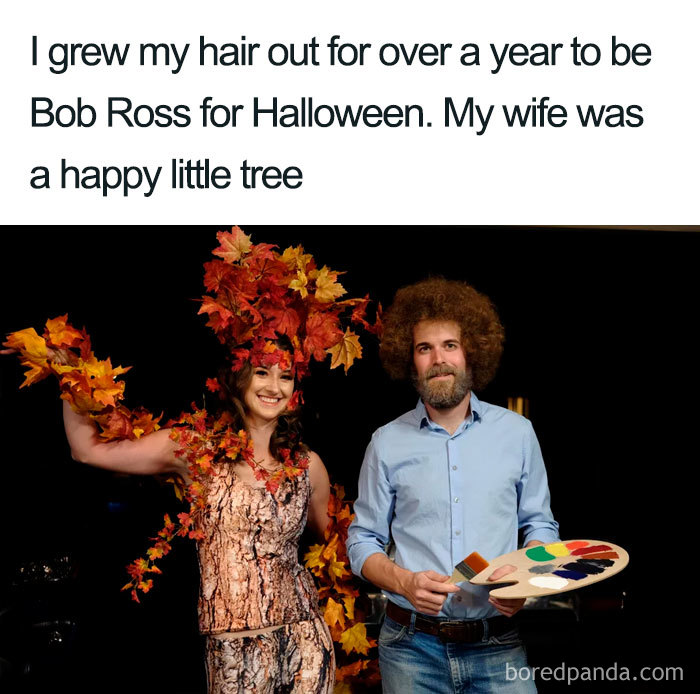 Robert Norman Ross, also known as Bob Ross is a television host, painter, and art instructor. He is known throughout Europe, Latin America, United States, and Canada over his TV program ‘The Joy of Painting’. He is also widely known because of his internet presence.

Ross is also known as an animal lover. He rescues wounded animals and also nurses them until they get back to shape. As a kid who lives in Florida, the animal lover instinct of Ross was unveiled when he nursed an alligator on a bathtub inside their home. When he grew up, he continued to remain close to animals. In fact, he helped an epileptic squirrel and let the animal live in an empty Jacuzzi.

Ross is also famous for his Happy Little Trees paintings. But before it, he first painted on pans while he was stationed in Alaska on his work at the Air Force. Previously, it was only sold for $25 per piece but now, it can be bought for $7,500 on eBay. Bob Ross will never be forgotten. Bob Ross’s memes are all over the internet and they are quite funny and reflect the life of the well-known artist.

1. There are no mistakes… 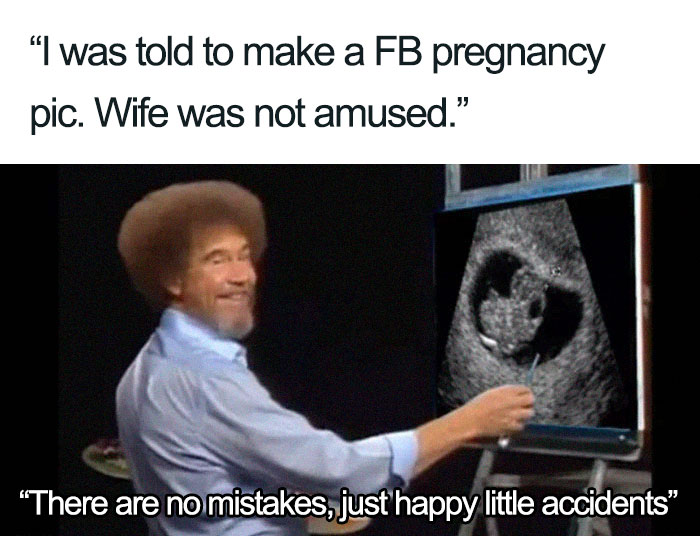 4. He is always kind and thoughtful. 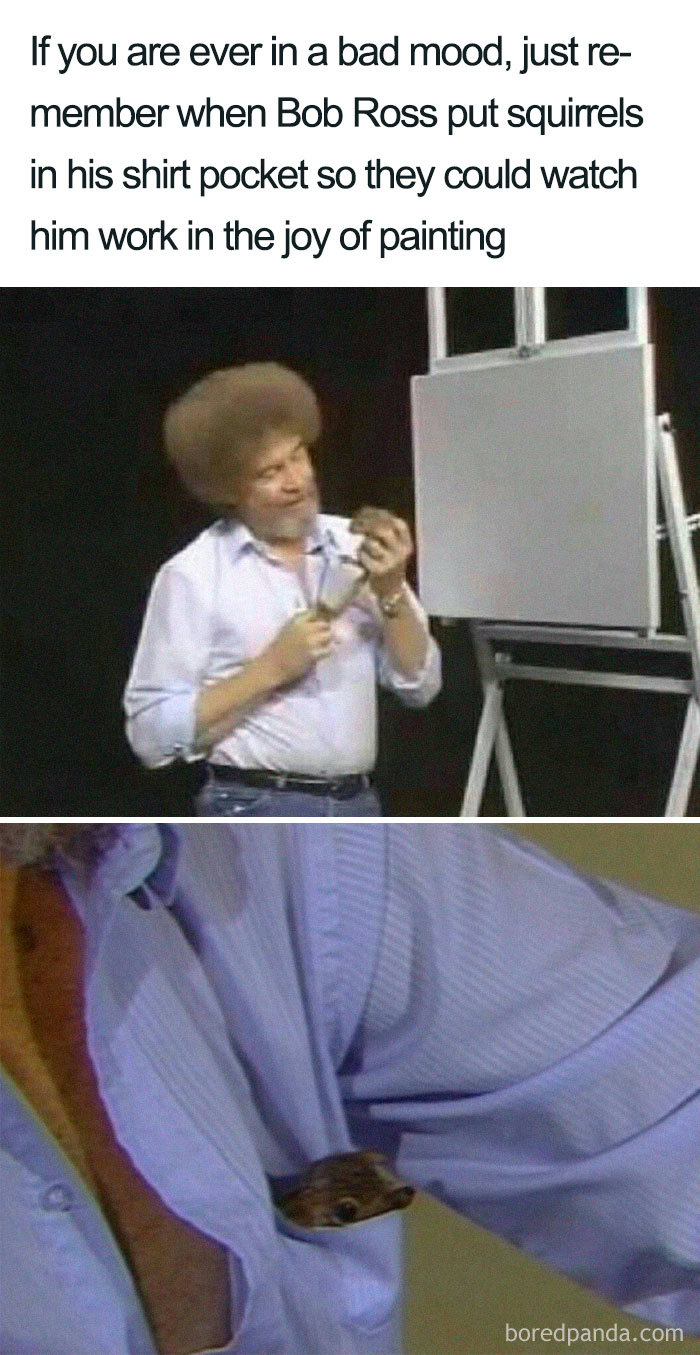 5. The little sadness in your life. 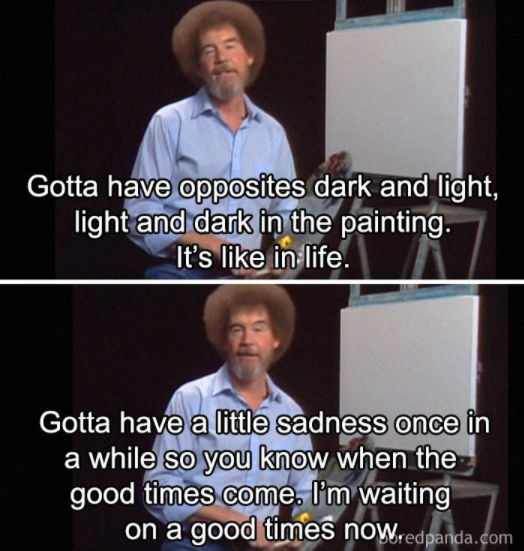 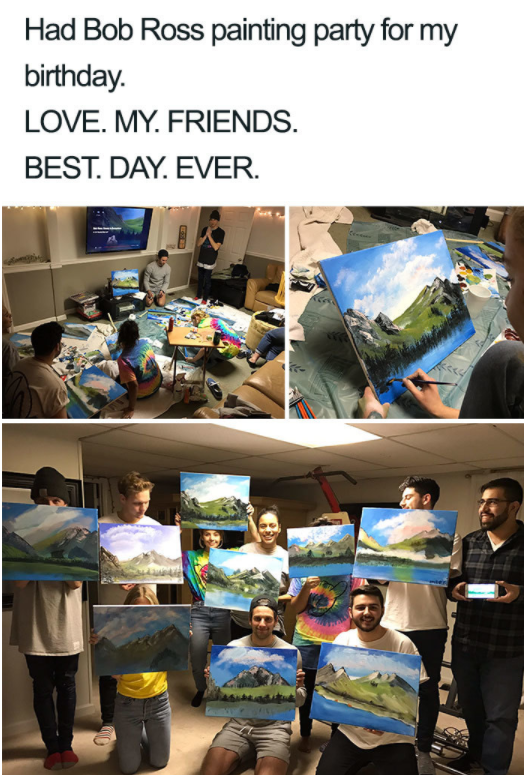 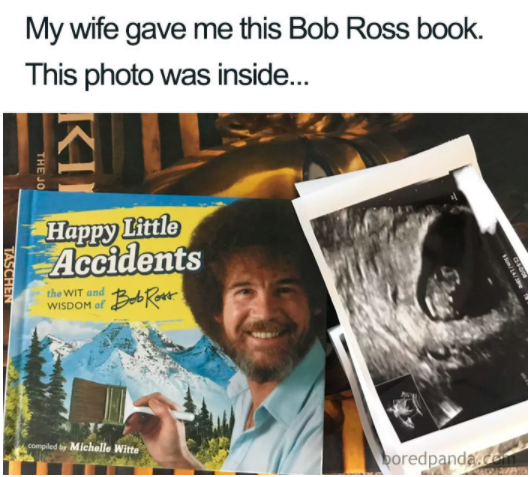 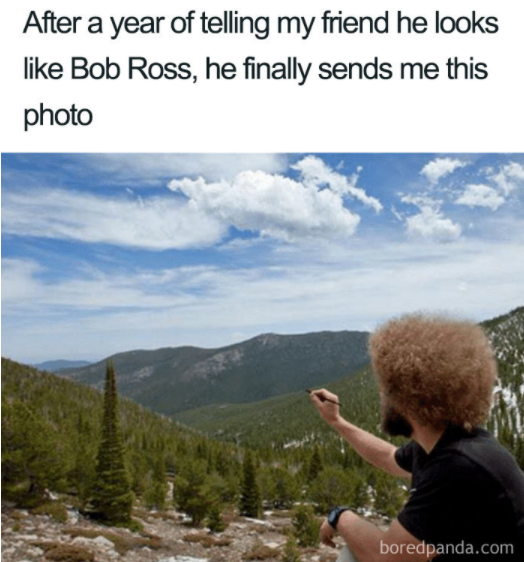 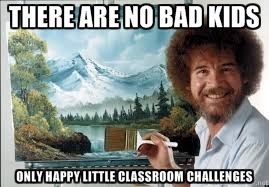 10. What happens in the Parallel Universe. 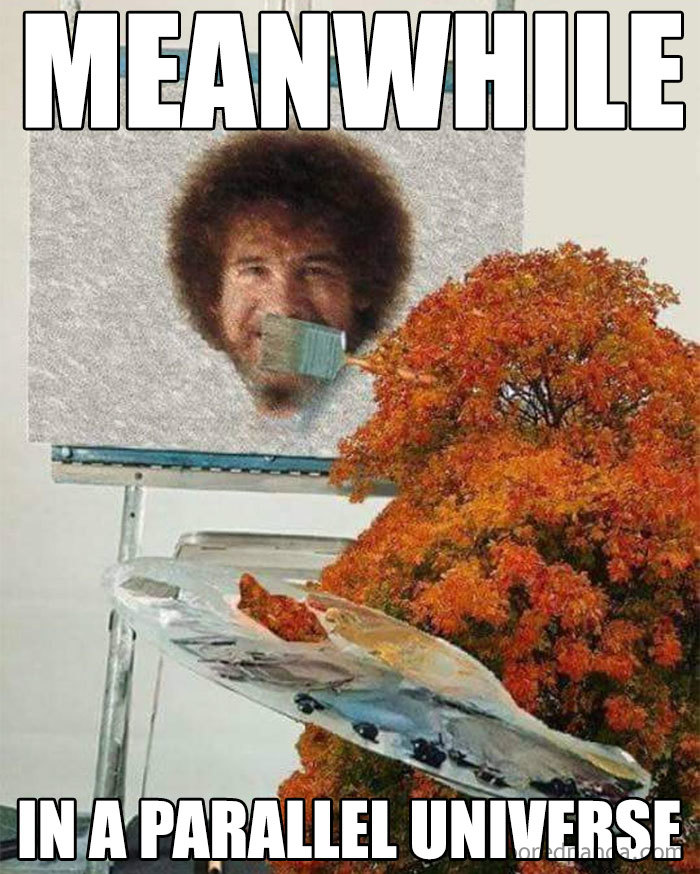 12. When you don’t have time to hate other people. 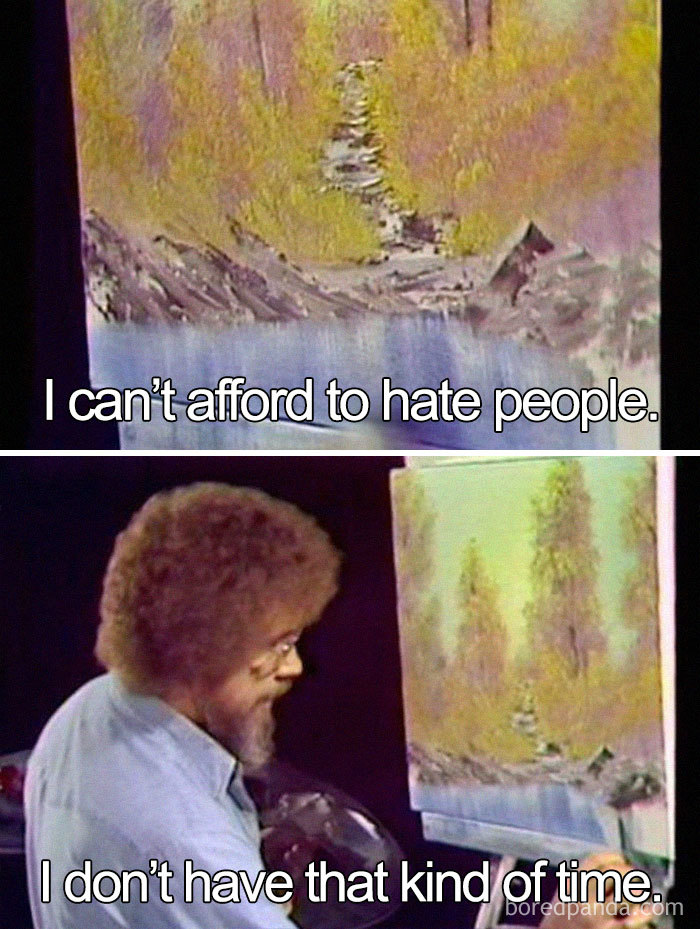 13. When everyone likes him… 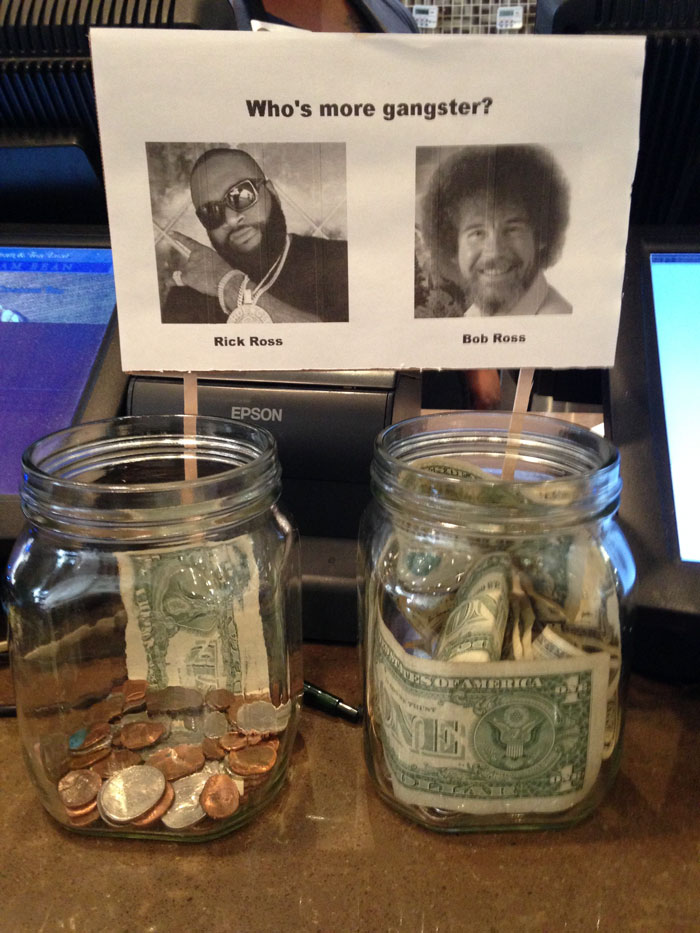 14. The paintings of Bob Ross. 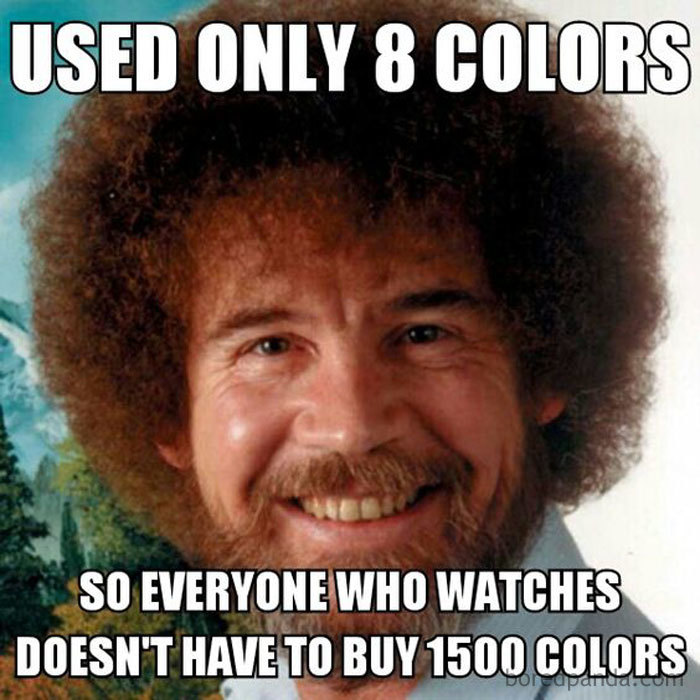 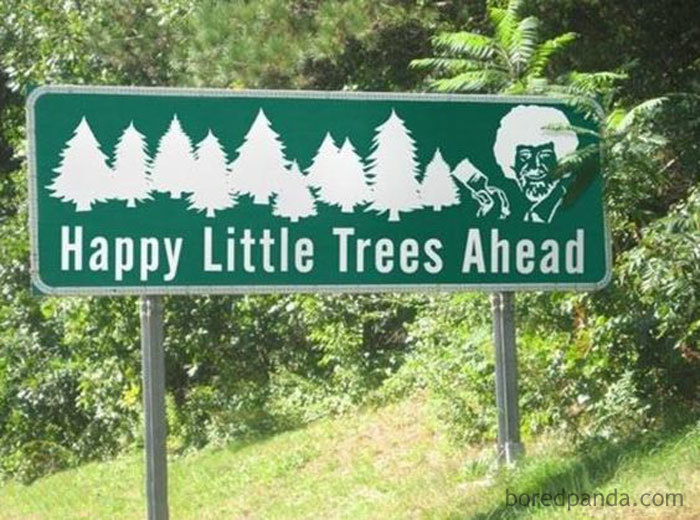 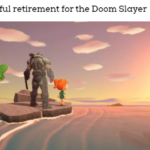